from Simon Bisley and Berserker Comics.
Created for more adult players (16+) with advanced action cards and fun filled , poop humour.
As if  the Salty Dogs don’t have their paws full enough, with Cannon Blasts,  the Kraken and Scurvy (amongst other things!), the all knowing god  Poopallotus has stricken the crews with more terror by way of this Salty  Dogs Poopie expansion pack.
Use the Butt Probe to rummage for new cards, avoid the Stink Palm, run from the Turdalwave and whatever you do, DON’T drink the water!
Fear not  ye land lubbers for there be some good news, your crew have been gifted  some fine mythical beasts to help along the way, including Dragons and  Humans (whatever they are!).
All this, plus brand new Cure and Defence cards, such as Poseidon’s Kiss and the incredibly useful Tiny Umbrella!
Good luck and may the power of 1700’s soap save you!
Requires Salty Dogs base set to play.
ORDER NOW 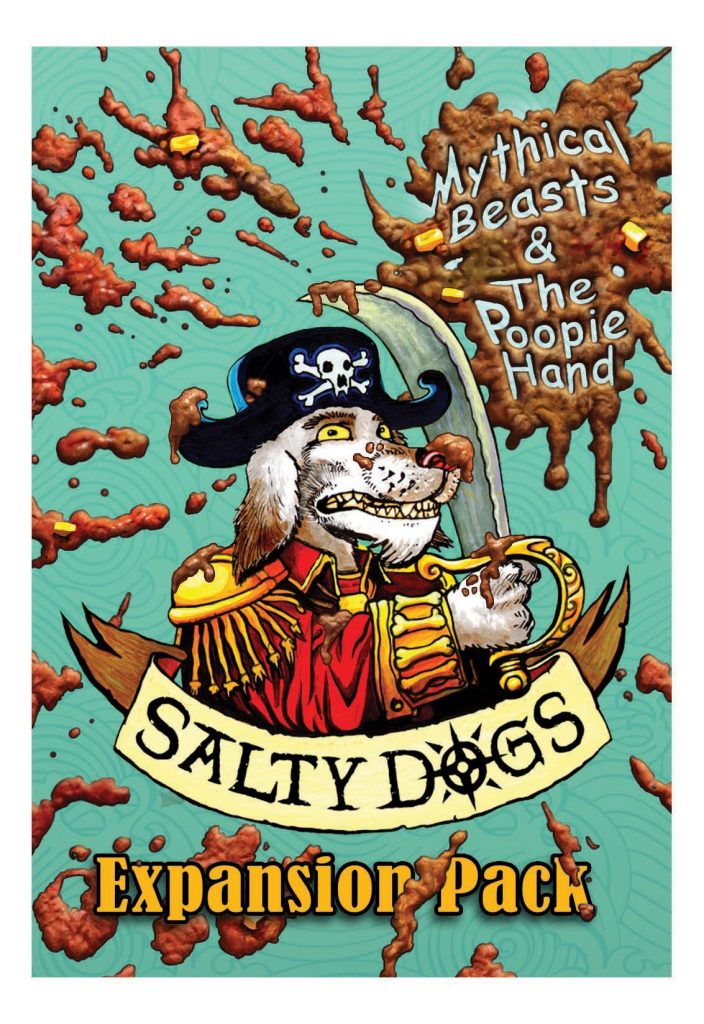 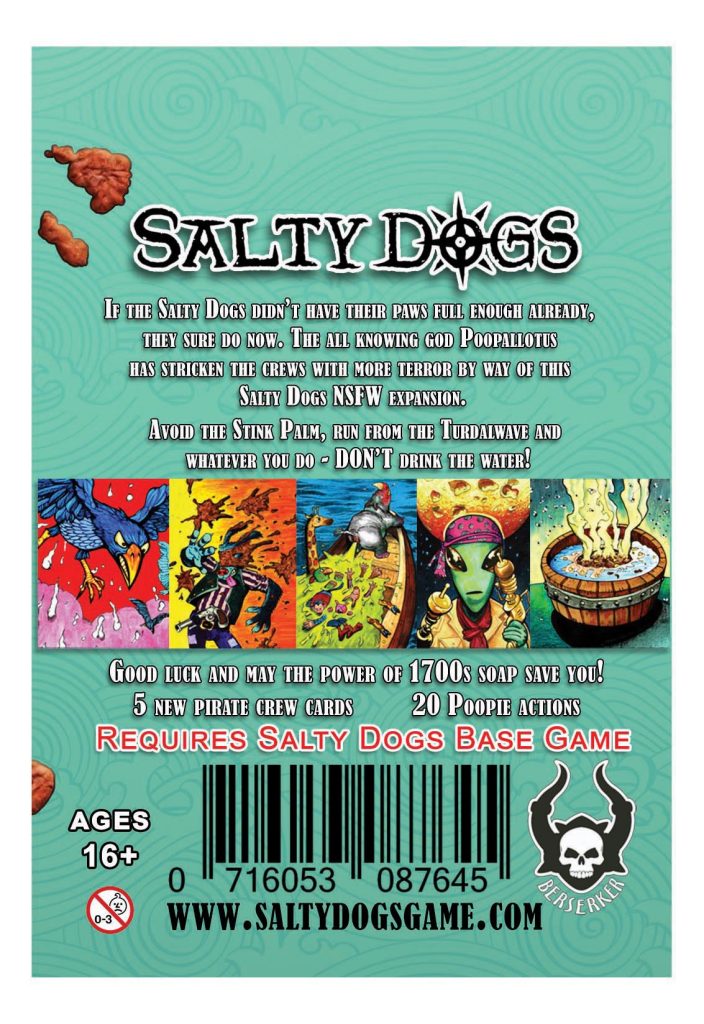